Bali is known for its beautiful beaches and temples but with all that culture and tradition there’s bound to be a few haunted places. Here’s five of them

When the word Bali comes to mind, we all immediately think of an island in eastern Java. Famous for its beautiful beaches, deep culture and scenic sites, every year thousands of tourist throng to the island, both foreign and local. A favourite destination for Malaysians as well, there’s more to Bali than just its beaches.

There’s also the mystical side of the island. The primarily Hindu practising islanders are steeped in their own Balinese culture which carries with it its own mysticism and mysteries. For a place so deep with culture and mysticism, there’s bound to be a haunted place or two that you can head. We decided to list five of them that you might want to visit the next time you’re there.

This photo of Padang Galak Beach is courtesy of TripAdvisor

If you’re talking about Bali, you definitely can’t leave out the beautiful beaches. However as beautiful as these beaches are in Bali, there is a one, in particular, that is famous for being haunted. It’s called Padang Galak beach and is known for its ferocious waves, which is where it got its name in the first place. But why is it haunted? Locals believe that on the beach there is a Goddess waiting with many people have reportedly gone missing there. Now that’s scary!

Temple under the Sea (Pamuteran) 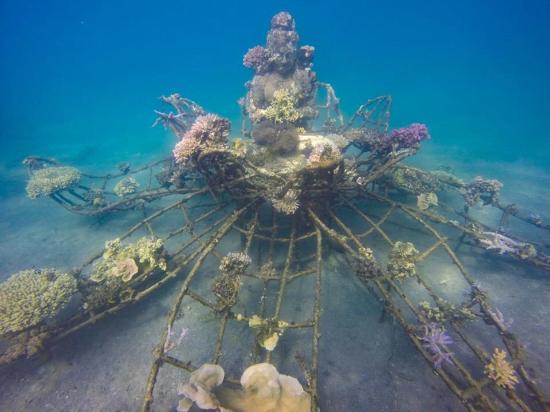 This photo of Biorock Pemuteran bali is courtesy of TripAdvisor

It’s not just the beaches of Bali that are beautiful, but the ocean as well. The clear blue sea of Bali is a beauty to behold but be careful as they also hold their own mystical charm, especially at the Pamuteran Village vicinity. That’s because, underneath the seas there, you’ll find the ruins of a temple with most of the structures still intact. A ruined temple above ground is already mystical enough but underneath the sea? That’s magical. 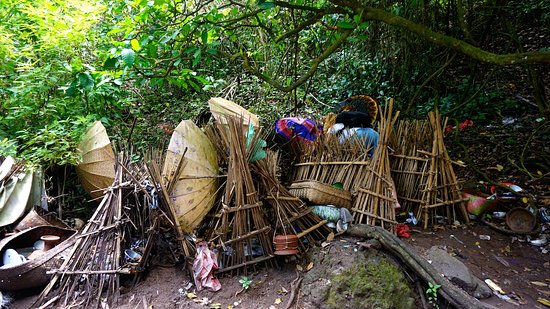 This photo of Bali Yansu Tour is courtesy of TripAdvisor

When it comes to tradition and ceremonies, Bali is well known for it, especially for the Ngaben ceremony, where they cremate the dead. However, there is one place on the island that doesn’t follow this tradition. Known as Trunyan Village, the deceased are not cremated but neither are they buried. Instead the deceased here put inside a kind of cage or fence made of bamboo around the Trunyan tree. It’s like the dead are given their own bamboo home to live in the afterlife. This is one place that might creep anyone out that visits it.

For Bali regulars those who have been to Sakah will know that there is a statue of a giant baby located there. While there’s plenty of statues in the island itself, this particular giant baby statue is said to be haunted. This is especially so at midnight during the full moon as it is claimed that the statue will cry. Imagine a giant baby statue starting to cry at midnight. Creepy. The thing is though, you don’t even have to wait for night to come, as the statue already looks creepy on its own, even with the bright lights of day.

While most of the locations we’ve listed here are mostly steeped in nature and history, there is one particular haunter location that isn’t. Called Pi Bedugul, its is an abandoned hotel project thatsaid to have been developed by Tommy Suharto, the son of former President Suharto. Though the construction of the luxury hotel was reportedly already up to 80% it was eventually abandoned in 2002 around the exact same time the Bali bombings happened.

Often called the ghost palace it is said that if you enter this place you will hear the sounds of construction project work, even though all work has been stopped over 16 years ago.

So there you have it, haunted locations in Bali. While we know most of you would be headed there for a nice beach break or even a romantic getaway, it’s sometimes good to mix things up a bit. So maybe a visit to these haunted locations there might spice things up, or just scare you away for good.